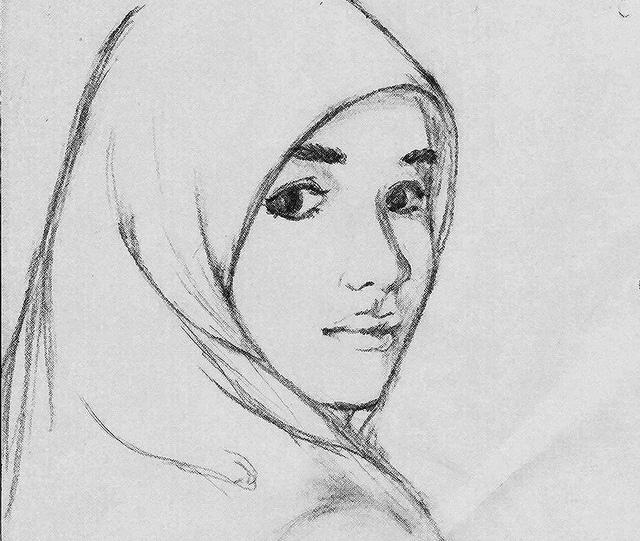 Personal Column: Hijab and me

Looking through the pages of old photo albums, I’m fascinated by how little I’ve changed. My face is still as chubby as it’s been since I was an infant, and I still have little glasses perched on the bridge of my nose. But as I run my fingers over the photographs, I am instantly comforted by the appearance of my best friend in nearly every one.

We’ve been inseparable for the past 10 years. But while I’ve only undergone minor changes in my appearance, she’s experienced a constant evolution of colors and sizes. She’s always been by my side. She was there when my parents introduced me to my little sister, a newborn in a little pink bundle. And she was there as I cried outside hospital room 1204, begging my mother to wake up after she lost consciousness in her sleep. But even though she’s been there for me through thick and thin, some people look down on our relationship—and I can only hope we’ll never be forced to part.

Since October 2006, we’ve been a team, Hijab and me. After seven years of watching my mother veil her hair before going out, I wanted to try it. The first day I brought her to school, I was met with odd looks from my second grade classmates and teachers. As I grew older, odd looks transformed into a barrage of questions.

“Do you shower with it on?”

“Don’t you feel hot wearing that blanket on your head?”

At first, the questions confused me. How could they not understand my loyal friend? So, to have a little fun, I came up with bizarre answers. I bragged about the state-of-the-art air conditioning system—hidden away within my hijab—that kept me perfectly cool in the hot Texas summers. I raved about the therapeutic massage and shampoo systems installed inside so I would never have to wash my own hair. But Hijab did more than hide my bad hair days. Hijab became my protector—and my conscience.

In response to my companion, many of my friends moved to another lunch table to get away from “towel head.” Others trembled in fear when I approached them, and my new recess activity became huddling near the school building with only Hijab to catch my tears. Some kids would throw balls of dirt at my feet, asking why I was waiting so long to “bomb the school,” while others told me that Texas was no place for “Osama bin Laden’s daughter.” They only saw their fear—fear of the unknown culture that I seemed to represent, and fear that I was one of the terrorists constantly depicted on their television screens. But their fear blinded them from the fact that I was scared, too. I was afraid of always being seen as different, someone who would never belong or be accepted. I’m not a terrorist. But through my fear and insecurities, Hijab hugged me close. Hijab reminded me that it was okay to be different and to look at situations from various perspectives, the same way the scarf could be wrapped in an assortment of ways.

In high school, Hijab became my hero and my emblem for my fight for social justice. I was no longer the kid who hid to avoid being teased. I became a student journalist with a voice—not only for myself, but for people of all different races, faiths, and ethnicities who are looked down upon for being different. Hijab helped me convey my moods and convictions. On some days, Hijab appears in bold shades of red, gold, and purple, others in splashes of blue, green and black.

Some try to convince me that Hijab is only a tool of religious oppression. But what they fail to recognize is that I chose to keep Hijab by my side. She was my umbrella on those somber, rainy days, the steady light during my darkest moments. She was my Kevlar vest, protecting me from bullets of ignorance and hate. She motivates me to be compassionate and understanding of all people. How can I let go of my teacher, my idol, my best friend? She is more than just a head scarf. She is my identity.

4 Responses to “Personal Column: Hijab and me”

If you want a picture to show with your comment, go get a gravatar.