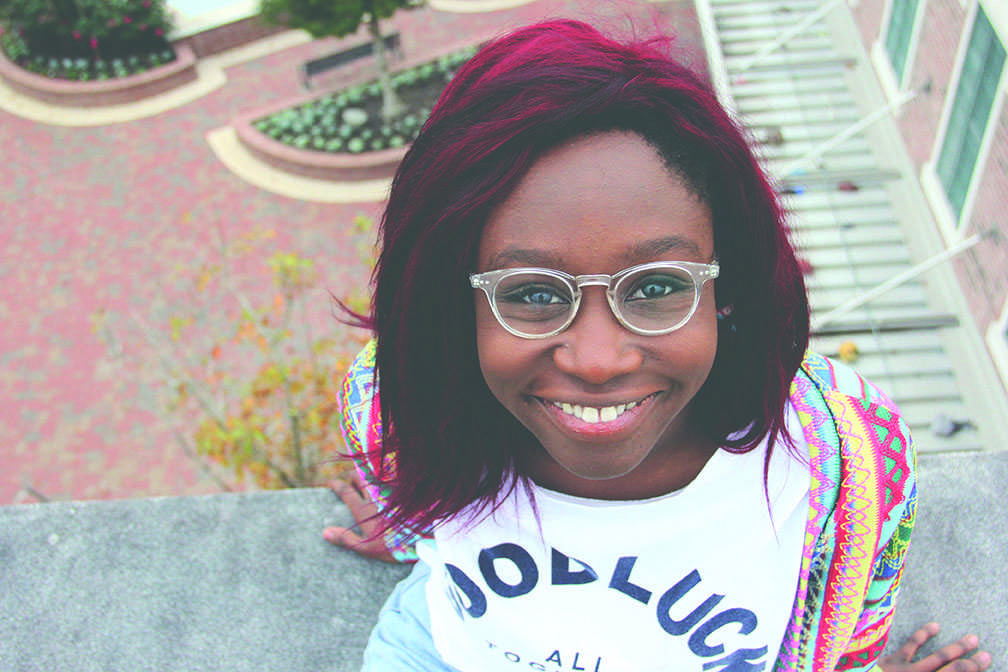 She dreams of crowd surfing, dancing on stage, and collaborating with Tyler the Creator.  She began recording and producing her own music in seventh grade, and she has never taken a voice lesson in her life.

Junior Yvonne Eniola Goodwyne is releasing her first extended play (EP) “Foreign Affairs,” in late December on iTunes. Foreign Affairs introduces her alter ego, Vonne, who embodies the more dominant, artistic side of her personality. Goodwyne explains that her EP is about growing up and “first times.”

“It’s like you’re dealing with things in life that were once unknown, or foreign,” Goodwyne said. “Most of the songs are focused on specific events or periods in my life. ‘Foreign Affairs’ is the perfect introduction to the artsy side of me. I call her Vonne,” Goodwyne said. “But my artistry is my life so even though I am Yvonne, I’m always in Vonne mentality.”

Goodwyne has always been inspired by her experiences and feelings. She can trace back her artistic and expressive personality back to early childhood memories of a toy piano with four demo songs. Depending on her mood, she would choose a song to listen to.

“I think singing has always just been a thing for me,” Goodwyne said. “No one in my family is musical, so honestly it was something that I just developed from a young age.”

In kindergarten, she began to sing for school musicals and took piano lessons. She practiced piano by learning how to play her favorite songs. Inspired by the band NeverShoutNever, which incorporates the ukulele in the majority of its work, Goodwyne picked up the ukelele and began recording covers in seventh grade. Today, Goodwyne produces her covers with a spin on the original track, creating mashups or ukulele-based electro mixes.

“I did a choir coffee house. and I sang Right As Rain by Adele,” Goodwyne said. “I totally spun it up in my own way. It was cool because the crowd was really into it and really embraced my take of it.”

Goodwyne claims that it all began in seventh grade when her mother grounded her and tried to confiscate her phone – the only device Goodwyne had to record her voice memos of song ideas. That day Goodwyne and her mother ended up at Guitar Center purchasing a mini studio kit. Without hesitation Goodwyne began producing her music and decided to take her talent a step further. Initially, she was inspired to record a single and upload it on iTunes, but during the production process of the single, “Da Ooh,” her work branched out and she made the decision to record a full EP.

“It just kept getting bigger and bigger as I discovered all my possibilities and opportunities,” Goodwyne said.

As her opportunities continue to expand, Goodwyne maintains her initial songwriting, producing, and recording process.

Don’t wait until you ‘grow up’ to start doing what you love. Start now. Live your life like it’s a work of art. Because it is.”

“When something comes to my head, I try to write it down or record it somewhere, and I don’t filter it,” Goodwyne said. “Later, I put it in my journal, and as more ideas and inspiration come, I put it on the same page and start piecing together and filtering the song. I often have to cut lyrics and modify my music scores to what’s best.”

When it comes to lyrical inspiration, she looks up to rappers such as Eminem, Tyler the Creator, or Drake for their honest musical content. She also finds a lot of production and composition inspiration from Kimbra and Lorde. Overall, because she draws her inspiration from an assortment of bands and artists, Goodwyne doesn’t have a set musical sound.

“Lyrically, I’m obsessed with being super honest,” Goodwyne said. “I’m good at being abstract with my honesty, but I’m working on being really out there, in your face. If you listen closely, in ‘Foreign Affairs,’ there are tons of secret messages and things you can depict about me. When I first started writing this EP, I was hooked on having super layered lyrics to where you have to dig pretty deep to hear what I’m really trying to say. But I’ve now found an admiration of speaking the straight truth with no shame.”

Her openness and honesty is in her song “Paper.” Goodwyne states that the song is about not allowing herself to be defined by the numbers on her tests and in the gradebook. She explains that after some classmates told her she couldn’t get into a particular college, she wrote down the lyrics as a reminder for herself to believe in all her possibilities and opportunities.

“The lyrics empower me, and I wrote them to do that purposely, to remind myself that I can do whatever I want regardless of what people say or think,” Goodwyne said. “But not in a way of ignorance, more of like when someone tells me I can’t do something, I know what I am capable of regardless.”

In the two year process of working on Foreign Affairs, she believes she has grown as an artist and an individual. While her greatest challenge was figuring out some of the logistics of producing an EP, she firmly stands beside her belief of working hard and uncompromisingly towards one’s dreams, goals and aspirations.

“If I want to do something, if I want be an artist, then I need to work for it now and start doing it now,” Goodwyne said. “If you love it, do it. Why wait until college to start, you know? People always ask me what I want to be when I grow up. Why does it have to be when I grow up? I’m choosing now. The future is right now. I’m not waiting until I get into college or ‘when I grow up’ to get serious about my artistry.” 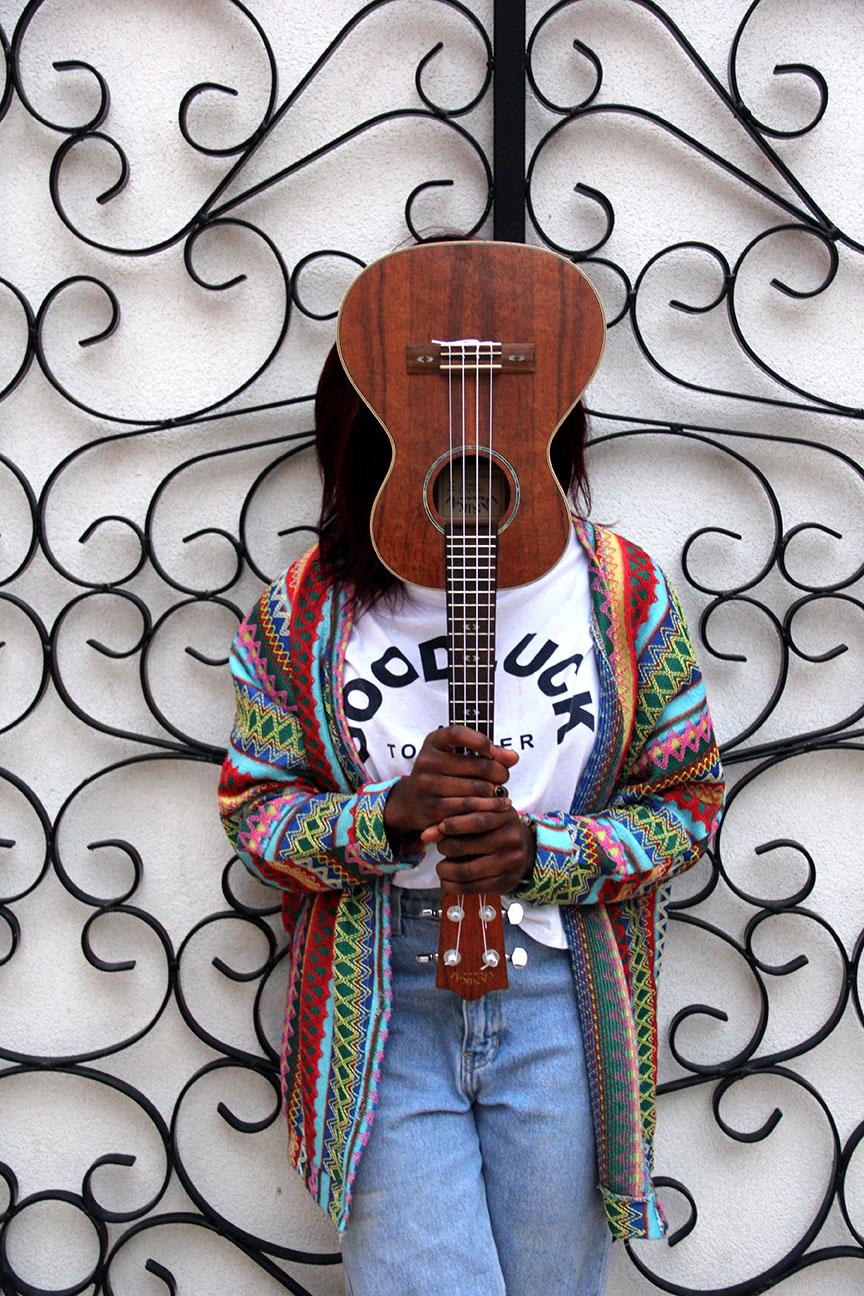