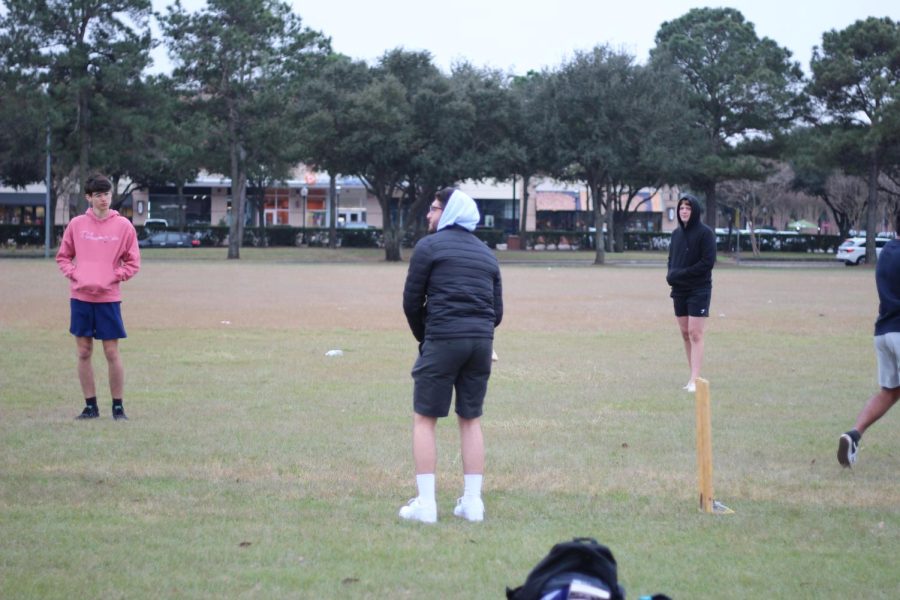 If you look close enough in the front of the school, every Monday and Friday, you will see around ten students running, screaming, and most importantly, having fun. Run by Kartik Rai, the Cricket club plays their titular sport after school on the front green.

“I continued [the club],” Rai said. “A couple [of] years ago, [there were] seniors that were running the club [that] graduated and I took over it because I was passionate about it and I wanted to play with all my friends again.”

Thanks to baseball’s popularity in America, many people may assume that cricket and baseball are interchangeable sports with many of the same rules. However, that is not the case.

“A lot of people say it’s like baseball,” Rai said. “but the only part that [is] similar…is that there’s a bat and ball. But in cricket…you have to try to bounce the ball [on the ground] and using that [to get a strike]. I was trying to explain it on [with] an actual video [with] professionals playing, but they were hard to understand. But once [the cricket club members] actually came on the field it was better for them and they learned that they actually like playing a different sport [than baseball].”

The sponsor of the cricket club is art teacher Patricia Kuhn.

“Kartik asked me at the end of class one day if I would be willing to sponsor the new cricket club,” Mrs. Kuhn said. “I am a firm believer in student-created campus clubs, but they can not exist without staff sponsorship. So to that end, I was happy to sponsor the club…Plus one of my sons-in-law is Australian and is a huge cricket fan, so that was a contributing factor!”

Mrs. Kuhn is already the sponsor of the national art society club, so taking on another club worried her.

“I was concerned about the time commitment of sponsoring another club,” Kuhn said. “However, Kartik assured me that he would be doing all of the work and he definitely takes care of everything.