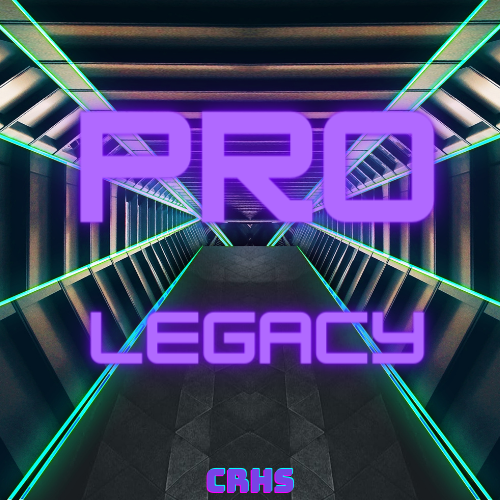 Once a month, the Pro Legacy club gets on Discord for one of their game nights. They only play a few games, such as Mobile Legends and Genshin Impact. However, the main one they play is Among Us. With the multiplayer murder mystery in tow, these club meetings are a blast.

“When I join the discord on a Game Night the rounds on Among Us are just so funny with the betrayal and the drama just as the game is intended to be played,” club vice president and sophomore Lauren McCray said. “Udayan does take it a bit seriously, but that only adds to the laughs we have. I remember just laughing at him for putting on his detective-ness just for some fun. But he knows we mean all of this in a playful manner, so he joins in on laughing at himself.”

Sophomore Udayan Deka founded the club at the beginning of the 2020-2021 school year. Although he does participate in the games with other members, he also runs things behind the scenes as the leader of the club.

“I mainly do the logistics part of setting up our members,” Deka said.  “Before you could be in a tournament, you have to sign up, and there may be paperwork involved. Sometimes there is an entry fee. So as they fight their battles one bullet at a time, I fight mine one form at a time.”

While Deka does most of the paperwork, someone else needs to do the organization of the club. That job goes to the vice president, Lauren McCray.

“I make announcement[s] on the Discord,” McCray said. “I also send individual personal messages to our members to let them know of the announcement and ask them about schedules, so that we can accommodate the majority of the members and have successful, productive, and informal meetings and socials. I research competitions for the members to join for different games.”

Deka insists that you don’t need any gaming experience to have fun in this club. There is a relaxing, more casual side of the club for those who aren’t looking for a hard core experience.

“We have two factions in the club: we have the recreational players, and we have the competitive league,” Deka said. “Right now as far as all our 30+ members go, the majority of them are in the recreational [side]. So, they join the game nights, they play for fun, [and] it’s overall a great time.”

However, the Pro Legacy club is interested in expanding the competitive side of their club. They focus on entering tournaments, and playing their games on a serious level.

“I would hope to expand our competitive league,” Deka said. “So, I would be heavily leaning towards advertising our tournaments and championships and all that.”

With the COVID-19 pandemic still going on, traditional meetings have been canceled. However, Deka found a good way to combat this.

“Our most common solution was to host a meeting over Discord,” Deka said. We just do our meetings from there. We host game nights once a month. I think overall we just have a better time.”

Overall, many of the club participants are happy that they joined. For them, not only are the games fun, but meeting others was also a plus.

“In this club I have gotten to reconnect with friends who I haven’t seen due to COVID or have had any classes with,” McCray said. “I also got the opportunity to meet many new people in my grade and out of it, and I have made a connection with them due to having a common interest [in] gaming. I got to hangout with my friends which has been very enjoyable, and see if I like any of the games they play, which has been a really good experience.”

Club members say they enjoy the game nights and club meetings they go to.

“It’s always a great club,” club member and sophomore Lizzy Gurch “Since sophomore year, [there] has been a lot more work since freshman year, and so joining those meetings has been a relief from all the work. You’ll know you’ll have a good time because everyone is generally nice and the games are fun.”

The Pro Legacy club is very excited for the future. With many kinds of people all having fun, the club is really close with each other.

“Pro Legacy isn’t just a group,” Deka said. “We have players who are interested in really small games, such as word play and Scrabble games. We have all kinds of players.”