Students and Staff Show Support for Past FFA Advisor 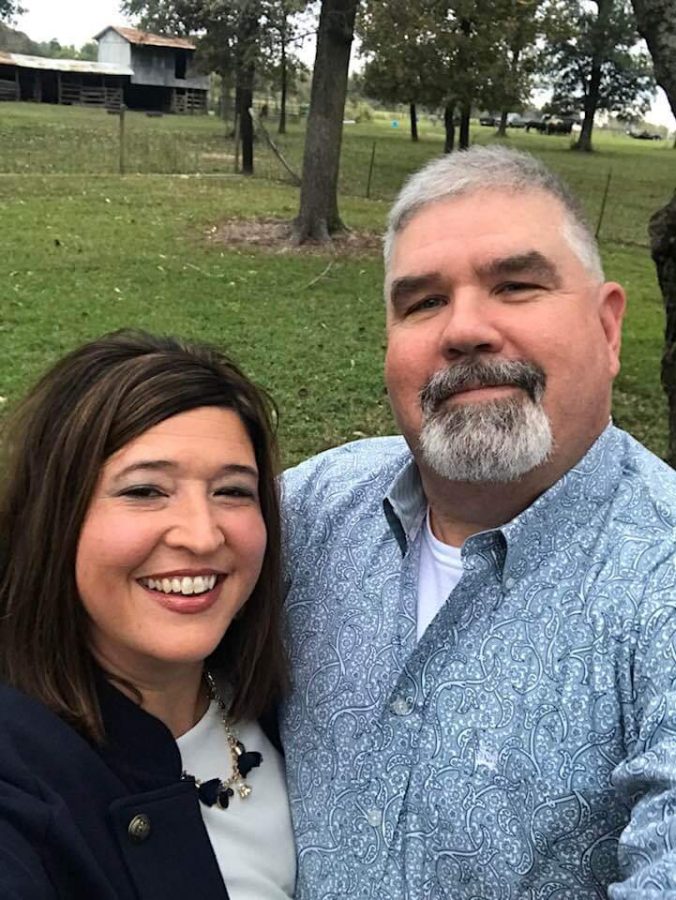 “He was an amazing advisor because he took the time to know his students and loved us even if he didn’t show it very much,” Cassidy Selman, senior and Future Farmers of America (FFA) Sentinel, said. “He took time out of his schedule to help us work with our animals and even went on trips with us during his weekends. He didn’t have to do these things but he did because he loved us and he wanted us to succeed. He was the best teacher I could ever ask for.”

Almost a month after FFA advisor John Ford’s sudden passing, students and staff continue to honor his memory and show their support for the FFA program and its members. A constant and experienced presence in the program for more than 18 years, Ford touched many lives during his time at Cinco.

“Whether it be the football team’s JF stickers, the NHS breakfast, the words of encouragement from a teacher walking down the hall, or just a quick check in; the support we have seen not only for the Ford family, but also the FFA chapter has been indescribable,” Elizabeth Jenschke, FFA advisor and close friend of the Ford family, said. “Most of these student organizations probably had little to no interaction with the Fords, but they knew they were both important and influential people for our FFA chapter, teachers on campus, and mentors to their classmates.  We have seen so much support from all and this is a true testament of how being a part of Cinco Ranch is truly one of the best and most supportive places to be.”

A GoFundMe page set up for the Ford family has received an outpouring of support from former and current students. The total amount contributed currently stands at $22,460; far surpassing its original goal of $10,000. The page states that “every penny of this fundraiser will go to the family to pay for John’s arrangements and any other expense they may need help with”.

“The FFA community is such a strong and close-knit family that this doesn’t surprise me at all,” Jenschke said. “As soon as word got out about the devastating accident, there was so much support for the family and everyone wanted to know how they could help. Not only through the Go Fund Me, but also making personal donations, sending cards, creating fundraisers like selling Ford Strong t-shirts, and so much more.”

Ford’s passion for teaching and motivating his students set a new standard for the Cinco FFA chapter. A dedicated and experienced advisor, his expertise led the program to several State Championship competitions.

“I met Mr. Ford when I was nine,” FFA Vice President Heather Dawson said. “My family and his were always very close. He gave me so many opportunities and helped me with all 18 of my pigs, even bringing us to the State Championship. I think there’s a special kind of person you get in an industry like this. He was just made for FFA. He put so much time and effort into his students, the animals, and the chapter. Every question you could think of he would have an answer. On his off-days and weekends he would be at shows with us or at the barns. I called him at 4:00 AM and he answered. He was just so dedicated, he wanted to go for as long as he could.”

Described by Selman as a “father-figure”, Ford was able to develop lasting relationships with his students. Always ready with a joke or bit of advice, those that knew him admired his sense of humor and easy dependability.

“It’s funny because freshman year everyone was scared of Mr. Ford,” FFA Chaplain Jana Edwards said. “But when he came into the classroom on the first day and made a big joke everyone began to laugh, we realized he was just a big teddy bear. He was always joking around and having fun with everyone. I remember that my friend Emma and I were joking with him on camo day this year, pretending he couldn’t see us, and he played right along with us. He was a part of the FFA program for so many years, everyone knew him and was inspired by him. He just is ‘Mr. Ford’.”

While it’s uncertain who exactly will fill Ford’s position in the program, it’s clear the Cinco chapter of FFA will carry on his legacy of compassion, hard-work, and education. A memorial service will be held in his honor on December 17, 3:30 PM at Ag Pavilion 5801 Katy Hockley Cut Off Rd.

“The past couple of weeks have been really hard for our FFA program,” Jenschke said. “What we are going through is a truly surreal experience. Not only will the students miss a huge part of what makes Cinco Ranch FFA what it is, but we will all miss the man who was the ‘father’ of our FFA chapter, the head of our pig mafia, someone who was deathly afraid of rabbits, and the strong hearted leader we could all turn to. Continuing into the future without Mr. Ford will probably be one of the most difficult things we will have to face. It will look different, feel different, be different. But I do know that he is still with us in all that we do and that he is teaching us to not only be there for one another during difficult moments but also be there for each other as we succeed, as we accomplish, as we continue the tradition that Mr. Ford has set before us.”