The Inevitable Fall Of Quibi 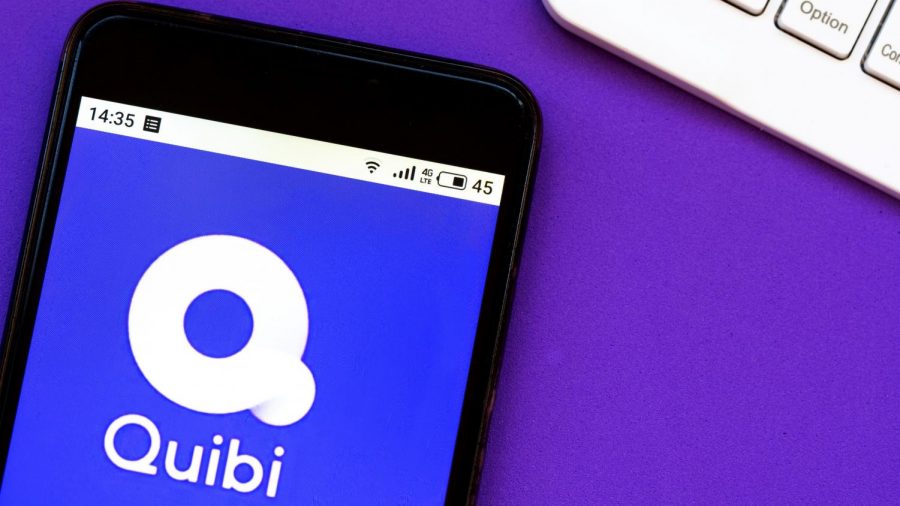 After a disastrous start, the much hyped streaming service Quibi has announced that they will shut down their service after six months of underperforming expectations. Despite the $63 million they spent on advertising alone, it is very hard to find someone who uses the streaming service, and even harder to find someone willing to pay for it after the free trial ended. This left people wondering, what is Quibi, and what were they trying to do? Here is a timeline of the creator, Jeffery Katzenberg, and the inevitable fall of his “brain child.”
Pre Launch Quibi
Before streaming services were a thing, Katzenberg was a producer at the powerhouse Walt Disney Animation Studios. They had already come out with hit movies such as “Bambi” and other classics, but he played a big role in making some of their newer movies, such as “The Lion King”, “The Little Mermaid”, and “Beauty and the Beast”. He became a renowned chairman within the company before getting fired in September, 1994.

That same month, he, Steven Spielberg (renowned director), and David Geffen (business magnate) created DreamWorks Animation Studios. After a couple years of silence, the studio came out with critically acclaimed and financially successful movies such as The Prince of Egypt and Antz. However, many still saw them as an inferior version of Disney.

In May, 2001, Katzenburg produced and released Shrek, a comedic fairy tale movie. It was a huge success for the company, taking in $1.2 billion worldwide. It put DreamWorks on par with Disney. They would also release other hits like Madagascar, How to Train your Dragon, Kung Fu Panda, Monsters vs. Aliens, and, to a lesser extent, Shark Tale. Katzenburg would have a big role in all of these movies.

In April 2016, Katzenburg sold DreamWorks Animation to Comcast for $3.8 billion; he got $400 million from this deal. After this, he got together with Meg Whitman (former CEO of eBay) to start working on Quibi. Companies such as Disney, 21st Century Fox, Sony, NBCUniversal, Lionsgate, and others invested in this upstart. Add this with Katzenburg’s own investment in the company, and they had over $1.5 billion to work with. They spent the next four years making countless original shows for their promising app. They had so many shows that they ended up spending $100,000 a minute to pay for everything.

In March, 2020, Quibi was announced to come out April 6. It would only be available on phones. They said the app would launch with 50 shows, with plans of making 175 by the end of the year. Some of the shows included “Most Dangerous Game”. “Chrissy’s Court”, and “Punk’d”. All of their shows had a star-studded cast with celebrities such as Chance the Rapper, Chrissy Teigen, and Jennifer Lopez. Each episode is 5-10 minutes long, going for a “youtube-esque” type of video length. The app also had a turnstyle feature, allowing for you to turn your phone vertical and horizontal without black bars on the side. They boasted that Quibi was revolutionary, and would become so popular that it would become a household name.

The pricing came in two tiers, $4.99 a month with ads, and $7.99 a month without. They would offer a 90-day free trial for anyone who wanted to see if Quibi was right for them.
Post Launch Quibi
On April 6, Quibi finally launched and hit the market hard. They had 1.7 million downloads in the first week, and 300,000 on the first day. However, they couldn’t compete with the streaming services they claimed they could. Disney+, which launched in November 2019, amassed 4 million downloads on the first day.

After that, it was all downhill. By May, they had 3.5 million downloads, most of them being people using the free trial. Only 1.3 million of these people were actively using the app. Katzenburg shifted blame to the COVID-19 pandemic, saying in a New York Times interview, “I attribute everything that has gone wrong to coronavirus.” Many people believed that the global pandemic could only be helping the underperforming app.

In late July, Quibi had 5.6 million downloads, still not as much as they had hoped. Even worse, the free trial for most users had ended. 90% of people who activated their free trial in the first 3 days of launch decided to cancel and not pay for the subscription. This was a huge blow to Quibi’s expected sales. To make matters worse, it was suspected that some of the people who stayed subscribed simply forgot to cancel. This is because the free trial will automatically charge your account if you don’t go in and cancel it yourself.

In late October, Katzenberg and Whitman announced that they would be shutting down Quibi, saying in an open letter “Our failure was not for lack of trying; we’ve considered and exhausted every option available to us.” They kept the claim that the COVID crisis made the app underperform, but also said “the idea itself wasn’t strong enough to justify a standalone streaming service.” It will shut down sometime around December 1, two and a half weeks after this article is published.
Why did Quibi fail?
Quibi’s biggest problem was the fact you could only use it on a phone. Many people would much rather watch on a TV, computer, or another device that has a bigger screen than their small phone. Although they added Airplay later on in Quibi’s life, it was already too late. Lots of bad press had already been written, and many potential customers were turned off.

Another problem with Quibi was the shows. Besides “Most Dangerous Game” (which was considered a great show by most people) the shows did not fare well on the strict 10 minute time limit they had. This made most of the shows ok, but ultimately forgettable. Many of the celebrities couldn’t hold up the shows and recruiting them ended up being a big waste of money for the app.

The last problem with Quibi was the idea itself. Their target audience (millennials) don’t mind binge watching their favorite show for 10 hours straight, not once getting up from the couch. With Quibi, you can catch up in a show in about an hour, taking out that fun feeling most people crave.

Despite all the hate Quibi gets, it cannot be ignored that they tried to do something new in a very saturated market. They went head first into an unproven idea, something very rare these days. Even though it failed in the worst way possible, there is hope that their bravery will inspire others to innovate their products. Students should also learn to always wait before paying for something. Let other people buy it first and see what they have to say about it before spending your own money on it.