“My journey to the Crown and my Journey to finding myself ” 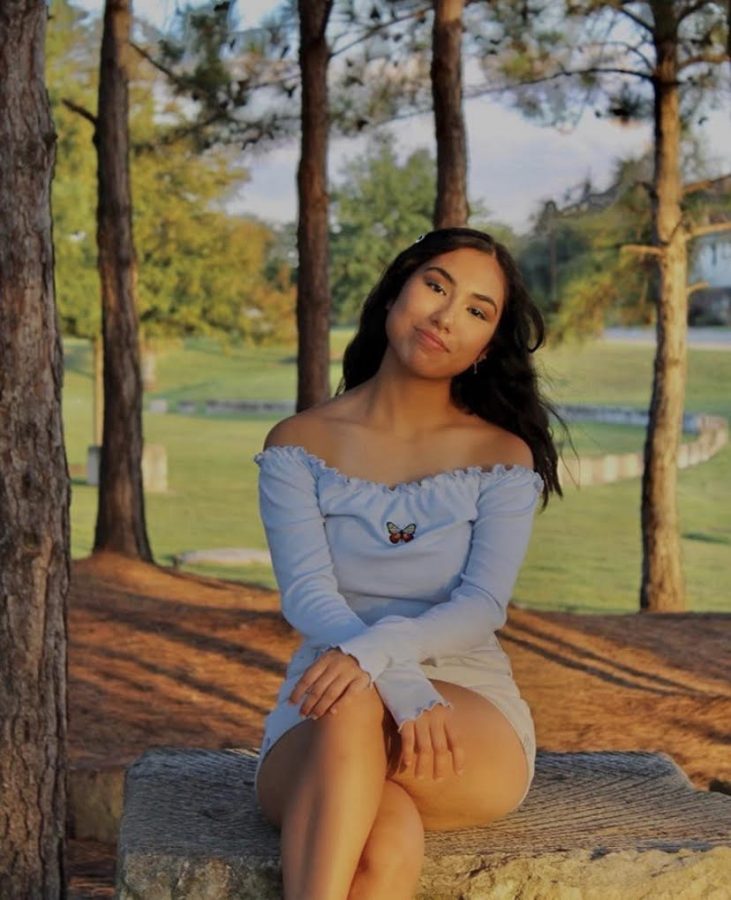 Sarah Kotb is a current senior struggling to complete her early admission just like most teens in America trying to balance her AP courses, an internship with a Congressman, her activities in Cinco Social Advocacy Society, National Honor Society, Chinese Club, her jobs, and her school life, but besides her already hectic schedule, she also has to balance out time to practice for the Miss Filipina International Pageant.

“I am half Egyptian and half Filipino,” Kotb said.  “So the pageant that I’m joining is the Miss Filipina international pageant. Basically, it’s a really big production where a lot of Filipinos from around the world and they all come together and they compete. There are two sectors. There’s one for teens and one for adults. I’m currently running for Miss Filipina teen International. It’s where we can showcase our Filipino side and our culture. For me it’s more of a journey to learn about what being Filipino is to me, and through the pageant, I’m learning from all the producers, all the staff, and all the other contestants, and just immersing myself in my own culture.”

Kotb applied in June and was chosen to be a candidate in September. She has been for two months ahead of her preliminaries. To win and become Miss Filipina, Kotb will have to compete in multiple stages before being able to become a finalist and gain the chance to be crowned Miss. Filipina.

“It started from a TikTok and TikTok, I went to an Instagram, then from there I went to the pageant page,” said Kotb. “Then I watched the pageant for two hours. So I watched it and then I applied for it. And it was actually really funny because when I first applied It was a joke to me, and then when I talked to one of the directors she was like ‘I’m gonna send to an executive’ and I thought it was just nonchalant then when I met up with her on the sky I realized it was legit. The executive had a very powerful vibe, and my mom was sitting there with me and she said “Oh my gosh, what did you get yourself into?” We had an orientation for two hours. After the orientation, I asked her “ How do I get into the pageant and how to become considered as one of the candidates?” and the director or executive said “You’re already one of the candidates” So I ended up accidentally joining it and I accidentally became one of the candidates”

Before even being able to take her first steps on the grand stage, Kotb has to train and diet for the next year to perfect her model walk and etiquette. Kotb begins her day with a workout every day at 5 A.M. to balance her pageant life with her school and work life. After school, she works on her model walk while wearing stilettos and she practices questions every week to prepare for the question section.

“So it’s the little things that I have to add to my life,” Kotb said. “like being socially active, mentally training myself and preparing for what dress I am going to wear, costumes, outfit, Photos, interviews, things like that. So I just want to make sure that I’m ready by the time I get there. Working out for me is the biggest challenge, getting a healthier diet and I have to get contacts too. So I have to change up everything. I have to change my skincare, I have to sleep and drink water. We have to edit and change up my whole lifestyle which is really kind of surprising because I thought well, I’m just going to join and it will be whatever, but for me, I have to be the best version of myself by the time I get there. I’ve changed my diet, my life. The journey is already long right now and it’s barely begun.”

Joining a pageant is not only a time commitment, it is also a financial commitment. Pageants require fees,  participants have to buy and spend money on things that candidates need to prepare for her pageant. Kotb has to pay for things like contacts, heels, dresses, costumes, makeup, classes, coaches, and countless other things.

“I have 4 jobs on the side. So the pageant does come with fees, I chose to pay it for myself,” Kotb said. “Because it is a journey that I want to take on and I don’t want my parents to pay for me.Although I love my parents and I’m really happy that my dad and my mom were like ‘Oh, we can help pay’. That’s not something I want, because it’s something I’m using for myself. Being financially independent is one of the things that I love about myself. It’s Something that I strive to accomplish every day. So yes, I work these jobs when it’s going towards things that I want to do, so paying for my pageant fee I’m paying by myself every month. I’m trying to get contacts which I’m going to soon be paying for myself, I’m trying to get braces or Invisalign which I will pay for and stuff so a lot of things are stacking up but for me, independence is just very admiral.”

Miss. Teen Filipina International is an international pageant televised world-wide, Filipinos around the world come to compete in this competition. The final contest will take place in California and the summer of 2021.

“So I feel like it’s just, it’s funny in that what I think is that people have a stigma against women, and they stereotype against women because if there was a pageant for men, they’d be like, oh, they’re so strong,” Kotb said. “They’re so manly. But when women do it, it’s kind of like, oh, they’re just doing it for attention there. They don’t have a brain. It’s just they’re using their looks for attention for fame or popularity, but in truth, we’re just proud of ourselves, too. Why can’t we? So I think it kind of plays out between gender roles and different things like that. I love my body. I’m proud of it. You know, I’m still working on it. I just think that It’s gonna be a new experience and it’s gonna be weird seeing myself half-naked in front of everybody because I’m not used to that at all. So I am kind of nervous about it. I’m very much not used to it. But I think it’s just something I have to kind of get over and for me. Even if I do Look into the mirror and I see some flaws. It’s Okay to see your own flaws because that’s what helps you build up your self-esteem. So if you can’t even point out your flaws, how do you know how to be better as a person?”

Kotb wants to become a lawyer. She has had experience as a public speaker and participated in debate during her sophomore year. Kotb is planning to apply to Boston University and Northwestern University. Both schools are known for their political science programs.

“So this pageant, for me, is finding my inner beauty. It’s kind of breaking out of my own shell,” Kotb said. “And although I’m a very outgoing person, it’s more of, I want to see how it’s like to be on a stage doing something I’m not used to. Because if I’m on the stage talking, I’m used to talking, but I’m not used to striding down a catwalk or modeling. So it’s finding myself and seeing embracing my own culture, because a lot of my life, being half Filipino, has kind of hindered me accepting myself because yeah, I’m half Filipino, half Egyptian. So I’ve always had kind of like an identity crisis, because like, I’m, I’m not full. So with my full Filipino friends, I don’t really feel part of them. So it’s kind of finding my true Filipino side and seeing my mother’s culture and kind of growing into that be more feminine and accepting myself”