The Trump vs. Biden debate did not please many of its viewers. 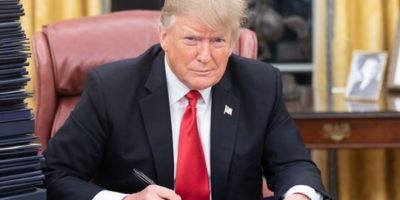 The first of three 2020 presidential debates took place last week and was considered a mess by most experts.  The moderator of this debate, Chris Wallace of Fox News, said “I never dreamt that it would go off the tracks the way it did.” Plus, the current president came in with COVID-19, making the situation even worse.

After watching the debate, sophomore and debate team participant Kaushik Kallur and Charles Chen watched it and had a lot to say about it.

”I thought the debate was pretty messy,” Kallur said. ”Trump was over aggressive and Biden was kinda playing passive and innocent. [Instead], I would have started by delivering hard facts like evidence and then support that evidence using logic and reasoning.”

However, it wasn’t all bad in his opinion. He thinks the way Biden and Trump handled the questions were good for him.

“They did a good job not dodging any questions,” Kallur said. “They covered all of their topics and didn’t let any argument drop.”

Most people can agree that there were no winners in this debate, and instead both parties lost ground. However, if one winner had to be chosen, he says Trump won.

“Trump won the debate because he attacked Biden and sounded super confident,” Kaushik said. “[But] Trump could have used more politeness and weighing actual facts instead of denying things that Biden said.”

Chen had around the same opinion as Kallur. The debate was not very traditional to him, with both candidates taking very different sides as to their style of debate.

“Both Trump and Biden are not traditional debaters,” he said. “Trump tries to be very aggressive in his debates and uses catchphrases and “impact” words. Biden, on the other hand, debates like the guy who voices advertisements for Gallery Furniture, meaning that he’s very casual in rhetoric, stumbles sometimes, and shoots from the hip while giving off an everyman vibe.”

In Chen’s eyes debate was a complete mess where neither party was able to express their views on the subjects at hand. However, there was a winner of the debate for him.

“Many people expected Biden to fail the debate,” he said, “and when he didn’t, that gave him a boost in confidence. If I had to choose a winner, I’d say Biden won because he outperformed expectations.”

Instead of an exchange of ideas between the two parties, America got an informal yelling match that informed nobody. It was a mess between two different strategies. Hopefully, both sides will learn from their mistakes and make a better debate on October, 15.