Mulan: The Good, The Bad, and The Terrible [ SPOILER FREE ]

For a movie marketed as serious, it's hilariously bad. 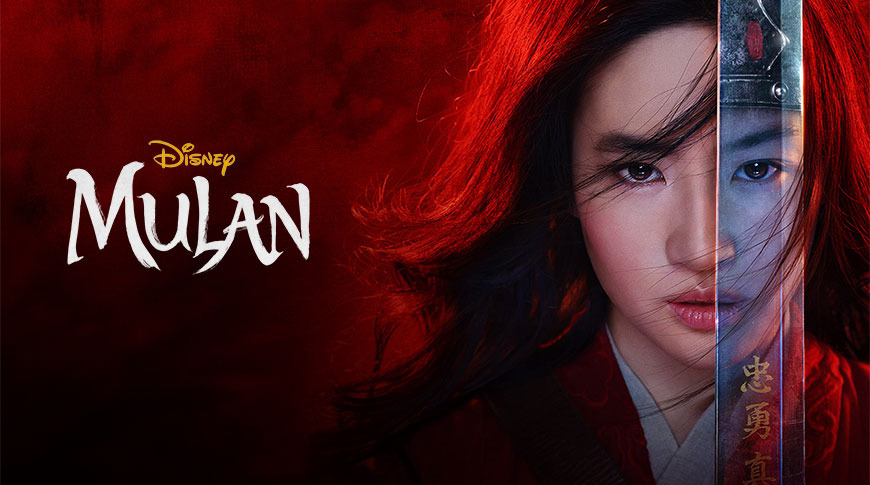 After many delays, Mulan finally came to Disney+ on September 4, 2020.

DISCLAIMER: There won’t be any spoilers for the 2020 “Mulan”, but there will be spoilers for the 1998 “Mulan” movie. That movie has been out for over 20 years, and I feel like most people have watched it. Secondly, because this movie is different from the original and is marketed that way, I will review it as its own base movie instead of comparing it to its predecessor.

Disney live action movies have gotten a bad reputation of late. With the exception of “The Jungle Book”, they have all gotten bad reviews for being the exact same as the original, just without the parts that made them good. However, Disney said they would change the plot of Mulan to make it more serious. While I was happy to have something new to watch, taking out core elements of the movie like Mushu and the songs made me doubtful.

The basics of the story are the same: a woman who is about to get matched with a man (Mulan) secretly takes the place of her permanently injured father in the war against invaders to protect him and find out who she really wants to be. She goes to a training camp where she meets three other friends and her love interest. After that, they go on to face the Rouran tribe (Huns).
The Good
Mulan’s sister
Mulan’s sister is the only good addition to this movie. She serves as a nice foil to Mulan and what she would’ve been if she was a normal girl in her village. She is not used nearly enough in this movie, and I wish she had more scenes where she could truly interact with Mulan and talk about how it is like to be a normal girl in the village. Instead, we get pointless scenes like combing each other’s hair talking about spiders.
The Cinematography
The scenes in this movie look amazing. Gone are the creepy live-action Genie, Beast, and every animal from “Lion King” that are drowned in CGI. This movie feels a lot more natural, and the great shots of plains, mountains, and cliffs really show that. The green screen looks great, and you can tell a lot of the $200 million dollar budget was put into making this movie look beautiful.
The Bad
Plot Holes
I’m not the one who points out every single plot hole in a kids movie and calls it bad because of it. I am obviously not the intended audience, and most of the time the kids who watch it won’t notice it. However, this doesn’t work for “Mulan” because it is marketed as a serious, more emotionally deep movie. Also, the sheer amount of them is lazy and unacceptable. Here are a few of them that won’t spoil the story:

When the emperor left to fight the Rouran leader instead of staying in the palace.
Mulan’s lack of emotion when leaving her home.
Mulan taking off her armor when going into battle.
Xian Lang working for the bad guys.
Xian Lang’s existence. Xian Lang is the definition of a plot hole.

For this one, the real solution is just to put more effort and time into the writing. While I do like seeing the beauty that this movie has, the story is more important than the graphics. It’s obvious Disney has a lot of money to spend on movies, so just a little more attention would have made a huge difference.
The movie doesn’t let you think
While watching the movie, you never have to think about anything. Everything is either super obvious, or it’s told to you through one of the characters. For example, the phoenix symbolism is so blatant that it doesn’t even take a brain cell to figure it out. They literally have a full shot where the phoenix takes up the entire screen. Multiple times! Another time where they do this is where they ride to the village ransacked by the Rourans. When they get there, Cricket says “There’s no one left.” in a slightly timid, yet uninspired voice. Why does the movie think that we are too stupid to figure this out on our own? The movie does nothing to get your brain turning, which ends up making the movie forgettable after an hour.

A movie that excels in what Mulan failed at was the 2010 action blockbuster “Inception”. Although these two movies’ plots are different, they are the same in that they go for action scenes over character development. The only characters that changed in Inception were Dom Cobb and Saito, and the only character that changed in Mulan was herself. The reason why Inception makes it work is because of how much thought and brain work it takes to discover and understand the setting that the movie takes place in (dreams). If every character had their own arc, it would be too much information and end up overloading the movie watcher. Mulan doesn’t have to be as complicated as that movie, but it should at least throw us a bone so we could figure something out on our own.
The Terrible
Useless Side Characters
The side characters in this movie are the most pointless I have ever seen. Remember the side characters Li Shang, Yao, Ling, and Chien-Po? They are now replaced with Hunghui, Po, Yao, and Cricket, respectively. Yao has around three sentences to say in the entire movie, Po makes a couple of awkward and uninteresting jokes, and Cricket barely has any character. None of them ever get enough time to make their friendship with Mulan believable.

Hunghui is the worst out of all of these forgettable soldiers. It is obvious that he was intended to be the love interest for Mulan, but they decided not to have that half way through making the movie. I am all for this, but then what is the point of Honghui in the film? He keeps coming back scene after scene, overstaying his time and saying pointless things that add nothing to the story. The actor of this character, Yoson An, does not do anything to help this Honghui become worthwhile.

The combination of these two leads to very pointless conversations that feel like boring filler. It also does not convince the audience that they have a friendly relationship with Mulan. This leads to parts that are supposed to be heavy and emotional feel shallow and unreal.

The show that knows how to make side characters is “JoJo’s Bizarre Adventure: Stardust Crusaders”. Jotaro Kujo starts off as a cold-hearted, edgy teenager who curses at his mom and doesn’t seem to care about anything. He ends up going on a journey with his grandfather Joseph and some others named Kakyoin, Avdol, Polnareff, and Iggy. These people in his life begin to show something new inside of him, which is how much he cares about the people he loves and what he will do to protect them. Although he is still edgy and may seem cold hearted, his new found friends allowed him to change into someone better.  Add the fact that a couple of them have their own character arcs, and this makes his friends important and interesting to the story.

Mulan’s friends don’t change anything about her. They are more like useless extras than true side characters.
Chinese Culture
This movie says that they are using Chinese culture so they can make it more authentic, and they are absolutely right. The problem is that they never delve deeper into it, and instead only scratch the surface. For example, they only mention Chi, saying that is the life force that can only run in men. However, they never explain how it works, how to improve it, or how you are born with it. The oath of the warrior is mentioned a couple times throughout the movie, but never explored like it should have been. Same thing with the ancestors; they are mentioned in the beginning, but never truly delved into the entire movie.

A movie that truly shows the culture it is representing is “The Book of Life”, the animated blockbuster of 2014. It perfectly captures the Mexican culture by not only saying that it’s there, but also explaining it. They showed how the afterlife worked by actually going there and the leaders explaining how it worked. The narrators were also able to help us understand how both the afterlife and life in the village worked. By explaining how this culture works, “The Book of Life” was able to truly encapsulate it in a way that Mulan never could.
Overpowered Main Character
Chi is probably the worst power system I have ever watched in my life. Here’s what they say it is: every man is born with a certain amount of Chi.

That’s it. Nothing else was ever said about it. We never get to know how you can increase it or how it manifests itself. What’s worse is how much of it Mulan has. She has so much Chi that she never works hard the entire time. During the training, all she had to do was actually try, and she suddenly became the best in the camp. This ridiculous jump makes the rest of the movie bland as well. You see the rest of the action scenes, but you don’t get invested in it because you never feel like she earned beating up the bad guys. Instead, you feel like all she did was get lucky when she was born to have such a massive amount of Chi.

The way they should have done it is how the Marvel Cinematic Universe did Black Widow. Through the flashback we saw in “Avengers: Age of Ultron”, she was never naturally gifted with everything she needed to succeed. Instead, she works to get better by trying and training to become a master assassin. By doing this, her battles are more investing and emotionally worth it than Mulan’s shallow battles.

“Mulan” 1998 is a classic that is beloved by anyone of all ages. The story of a Chinese girl who could defy what society says about women is truly an inspiring tale for all little girls out there. But “Mulan” 2020 isn’t that. It disrespects the classic by making the protagonist overpowered, having useless side characters, and never exploring Chinese culture. The couple of good things in this movie cannot save it in the slightest. Sadly, it will be added to the long list of mediocre Disney remakes. All we can do is hope “The Little Mermaid” will be good.
Rating
1.5/10

Mulan is available for $29.99 on Disney+ until December 4, 2020. After that, anyone with a subscription can watch it.