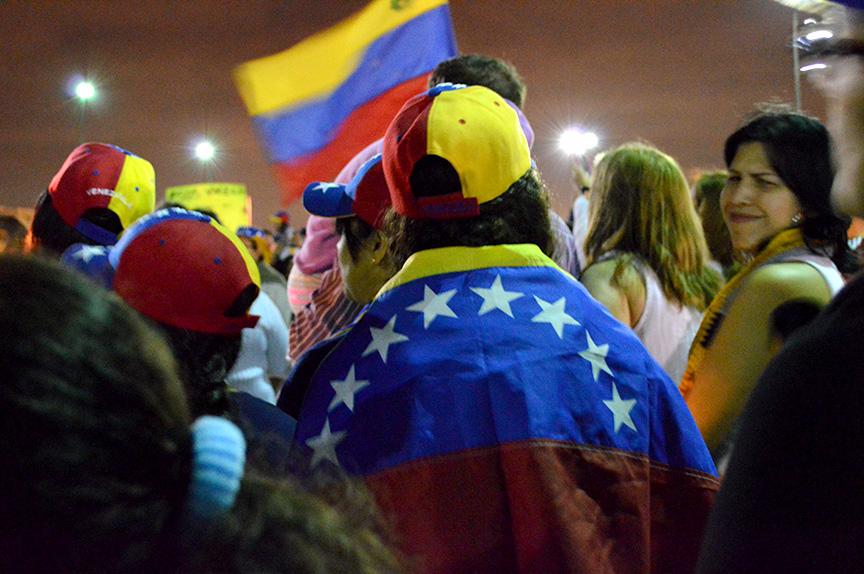 Cinco students rally in a large vigil in support of those who are protesting in Venezuela.

What started as a peaceful demonstration, a coalition of political opposition to President Nicolás Maduro and college students, turned into a violent confrontation between the protesters and police. Protesters recorded the killings and beatings of innocent citizens caused by the national guard. The Venezuelan government named the opposition as the scapegoat for the violence and blocked all social media outlets. Just like that, Venezuela set off like a time bomb. There would be no turning back; citizens would have no more of the repression and they would not let up. It started first with inflation, severe shortages of basic goods and the highest devalued currency in Latin America. The rampant crime rate has made Venezuela the top fifth most dangerous country in the United Nations. But what truly strengthened the opposition’s cause was Maduro’s inability to own up to the failures in his government. Now the Venezuelan protest has become a worldwide movement. Groups all over the world take pictures in the shape of “S.O.S.” and publish them in order to raise awareness through social media.