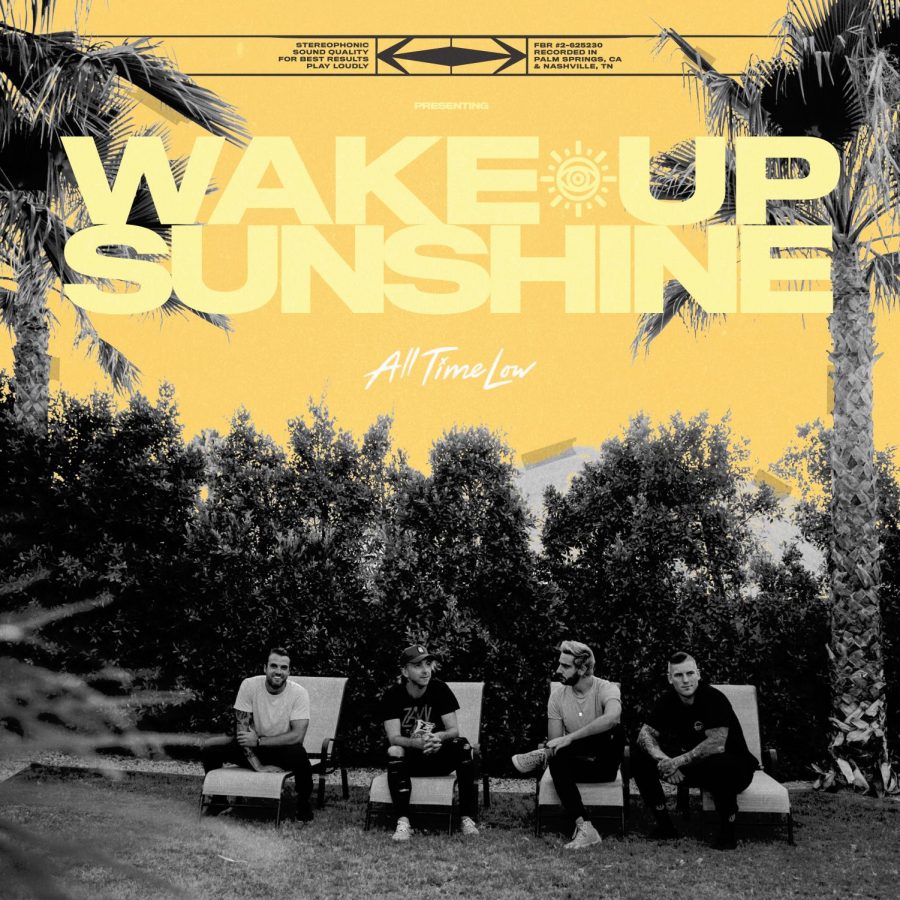 A mysterious hotline with an ever-changing message. Burning the relics from their previous era. A panda kidnapping the drummer, only to be released in exchange for one of the songs.

On the surface, “Wake Up, Sunshine” is a smooth album from start to finish. The songs blend seamlessly. The album’s opening song, “Some Kind Of Disaster” serves as an easy way to start listening to the album with its soft opening and transition to heavier drums and guitars. Up next is one of the more high-energy songs on the album, “Sleeping In.” It fits perfectly with the whole album and is a perfect stand-alone song. The next three songs, “Getaway Green,” Melancholy Kaleidoscope” and “Trouble Is” each have the typical All Time Low drums that blend with the vocals seamlessly. The title track, “Wake Up, Sunshine” serves as an excellent transition to the second half of the album.

The most noticeable differences in sound from the album start with “Monsters.” The song is one of the more heavy songs from the album with louder guitars and drums and a feature from blackbear. The next song, “Pretty Venom (Interlude)” is the perfect contrast to “Monsters” with its mellow chords and soft vocals.

The album makes a jump back to its established sound with “Favorite Place” featuring The Band CAMINO. “Safe” is an emotion-filled song that feels like it was taken from one of the band’s earlier albums, “Future Hearts” with its synths and more quiet feel. It smoothly transitions into “January Gloom”. “Clumsy” is another song that perfectly fits with the album’s sound and has a nice balance between vocals and instruments. The emphasis on the drums in the opening of “Glitter & Crimson” and its acoustic guitar make it feel like the perfect song for summer nights. “Summer Daze” is another song that has a light feeling to it while still retaining the familiar drums and guitar balance.

The final track, “Basement Noise” is the perfect way for the album to end. It pays homage to the band’s beginnings in their drummer, Rian Dawson’s basement. It pairs nicely with the other songs on the album. It sounds much more nostalgic when paired with one of the band’s previous songs, “So Long Soldier”, another song that tells the story of All Time Low.

“Wake Up, Sunshine” is by no means a disappointment and lived up to all expectations. Its tracks are in the perfect order to provide smooth transitions and a clean listening experience.